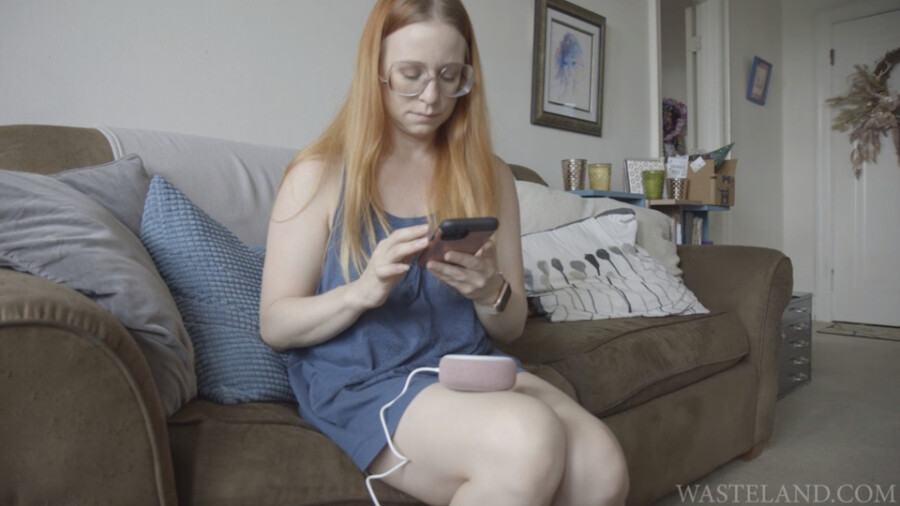 Ricci reprises her role of Sarah, a scientist with a Ph.D. in public health who works as an epidemiologist at the Centers for Disease Control and Prevention (CDC) in Atlanta.

The previous installment in the series, “Sex Addiction In The Viral Age: A Corona Virus Film,” introduced Sarah as a researcher with a voracious sex life who engages a variety of random IRL sex partners to satiate her sex addiction.

The new chapter in the series takes a “Black Mirror”-style turn, a rep explained, as “Malexa,” a parody of Amazon’s popular consumer home device, “becomes malevolent and controlling [and] a pernicious plot of long-distance manipulation and mind-control unravels.”

“In this second episode in our ‘Sex In The Time Of Pandemic Isolation’ series,” said Rowntree, “we took a look at how, during social isolation, we become more and more reliant on such services as Amazon, Zoom and other platforms to provide for our needs.”

For Rowntree, the natural consequence of this dependency is “a lightening of our collective concern over our personal data and privacy and other ways such services invade our lives.”

Rowntree described Ricci as an ideal fit for the lead in this series.

“She is a laboratory PhD viral immunologist researcher by day and a sex cam performer at night,” he explained. “A great combination of perspectives for her as a co-author, producer and star of these adult films as she understands science and technology on many levels.”

Ricci — a Wasteland veteran who starred in the studio’s pre-pandemic parody of “My Fair Lady” and George Bernard Shaw’s “Pygmalion,” titled “Fystmalion” — praised the new series and her recurring role.

“It was really fun to pick up from where the last film left off,” Ricci offered. “The first film in the series dealt with the socioeconomic repercussions of the pandemic as sources of income shifted in sex work for so many people. This next film in the series was a great way to highlight the dependence of technology that has been evident during this pandemic as well.”

The film explores Sarah’s transformation, said the rep, “as she is excited by her new ‘Malexa’ device — a present from her Washington, D.C. mentor and colleague Dr. Jack Moriarty (voiced by Rowntree) — but soon becomes an unwitting puppet of its increasingly lewd, and demanding, long-distance operator.”

Packed with several Easter Eggs, according to the rep, “Pink Mirror” delivers “another dose of near-future — or is it near-present? — mind-warping erotica.”

“This present timeline is dark enough. If art be the mirror of life, let’s paint this ‘Mirror’ a fleshly ‘Pink,'” Rowntree exclaimed.