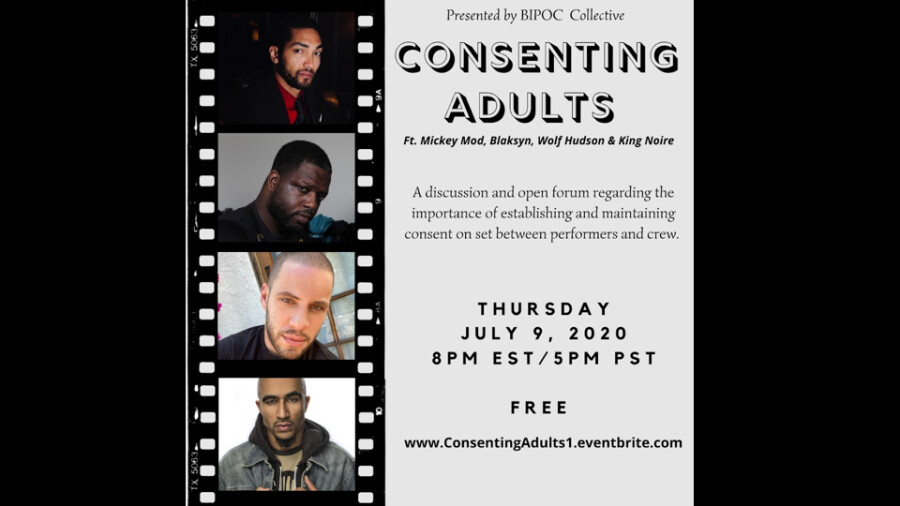 Known as the “King of Kink,” adult film star King Noire has many facets. As an activist and musician he has toured the world sharing his talents. King has earned an outstanding reputation in the fetish industry as a Master Fetish Trainer, operating by the credo that “sexual expression is artistic expression.” King offers live shows, “kinky pop-up” parties, fetish education and training seminars with his partner, Jet Setting Jasmine. Together, they own the award-winning Royal Fetish Films.

About the BIPOC Adult Industry Collective

The BIPOC Adult Industry Collective was formed to answer the call to address the adult entertainment industry’s issues with racism, including disparate wages based on ethnicity, and to develop, advise and implement strategies to correct these issues. The BIPOC-AIC believes all marginalized communities must be included in all discussions when making decisions surrounding repairing harm against impacted communities. We are a group of performers, directors,and producers, spanning a range of jobs within the consensual, commercial sex trade, dedicated to working towards bringing about changes needed in order to make the adult industry a safe space for all to work, explore, and thrive, regardless of ethnicity, gender identity or sexual orientation.

For more information, including news, updates, schedules of events, and more, visit the BIPOC-AIC website.