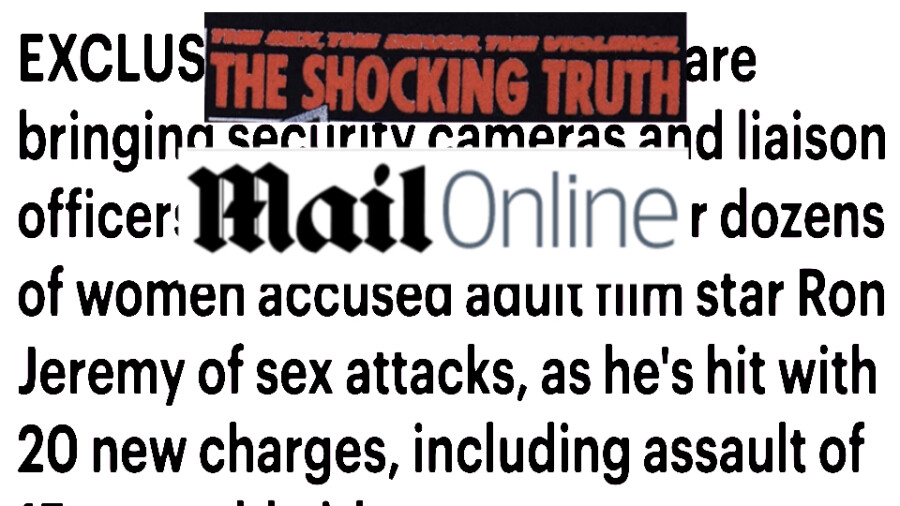 The article relies mainly on a single interview with performer/producer Keiran Lee, who spoke to XBIZ this morning to clarify he had been “misquoted” by Daily Mail journalist Alex Diaz.

No correction note has been attached to the piece.

Speaking to XBIZ, Lee clarified that having a performer’s liaison, CCTV cameras, etc. were on-set protocol changes him and other industry figures had been discussing in the wake of several on-set allegations, which were were not limited to Jeremy’s arrest and prosecution.

The substantial second half of the article is about the Ron Jeremy case, told in the typically salacious, exploitative note the anti-porn tabloid uses for porn-related stories and it includes the brag that “last month DailyMail.com published exclusive photos of  Jeremy’s filthy, cockroach-infested LA apartment.”

Part of the problem with factchecking the onslaught of pornsploitation, stigmatizing stories that are routinely published by U.K. tabloids — and which then enter the non-tabloid news stream via their powerful SEO and Google News placement — is that some of these salacious offerings are not produced by the tabloids themselves.

In the process of researching this story, XBIZ became aware that it might have originated not with the Daily Mail, the Sun or the Daily Mirror (the usual anti-sex-work, right-wing-leaning U.K. newspapers with worldwide reach via the internet) but with a Los Angeles outfit called Coleman-Rayner.

Coleman-Rayner bills itself as “a news and picture agency launched by two British journalists with considerable experience of working in the US.”

“Mark Coleman and Jeff Rayner and their hand-picked team,” reads their website, “have since established a formidable reputation as the agency people trust.” The agency specializes in “celebrity stories and photo shoots but also covers hard news events and in-depth features throughout the U.S.”

It is unclear at this point if the packaging of the Keiran Lee interview — with his thoughts about the Ron Jeremy case and the on-set protocols he has in mind for when Mr. Big Productions returns to set — was packaged to imply a non-existent relationship between industry-wide protocols and the Ron Jeremy case by Coleman-Rayner or by the Daily Mirror.