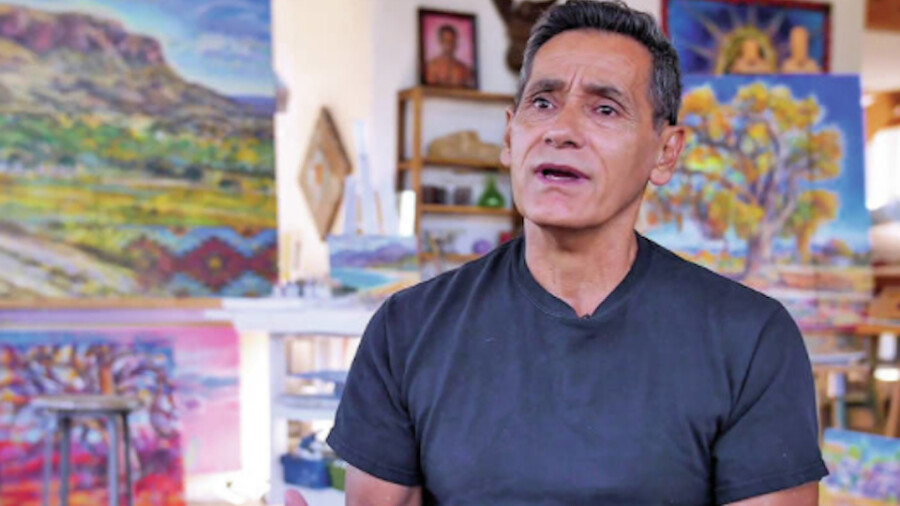 SANTA FE, N.M. — A political race for a seat in the New Mexico House of Representatives resulted in the outing of local politician, artist and activist Roger Montoya as having performed in adult films in his youth, followed by Montoya’s attempt to toe a tricky middle line between full self-acceptance and overt self-stigmatization of his sex work past.

Last week, right wing website Piñon Post had published an unconfirmed rumor indentifying Montoya, who is running for the state House of Representatives in Northern New Mexico, as someone who once performed in gay adult films under the names “Joe Savage” or “Eric Martinez.”

Yesterday Montoya confirmed via his Facebook page that “he appeared in pornographic films when he was a struggling college student nearly four decades ago,” the Santa Fe New Mexican reported.

“I am not proud of that choice, as I was young, and naïve,” Montoya wrote. “But those experiences helped me to understand the exploitation young people face.”

“Those experiences do not reflect who I am, and they are insignificant in the scope of my life’s work, yet they helped inspire my dedication to my community and the work I do to make sure that youth have opportunities, support and confidence,” he added.

‘A Very Different Environment and Time’

The 59-year-old Montoya is an artist, dancer and longtime community organizer who leads local youth center Moving Arts Española. Montoya has received accolades from The New Mexican, CNN and other organizations for his work in HIV prevention.

In Montoya’s statement, he explained, at age 22 in the early 1980s, he was “a modern dancer and performer living in Los Angeles. I worked hard to earn my own way, never relying on anyone else, including my parents. I was auditioning for commercials and doing my best to succeed. Among those choices were two adult films I acted in as an adult, with other adults, in a very different environment and time.”

“If the Republican Party chooses to focus on something I did nearly four decades ago rather than how hard I will work to bring back our devastated economy, provide health care, create new jobs and industries, to improve our public schools, to fix our crumbling infrastructure, and to protect our land, acequias and our way of life, that is their choice,” Montoya answered. “I trust the voters to make a better choice because we have so much at stake this November.”