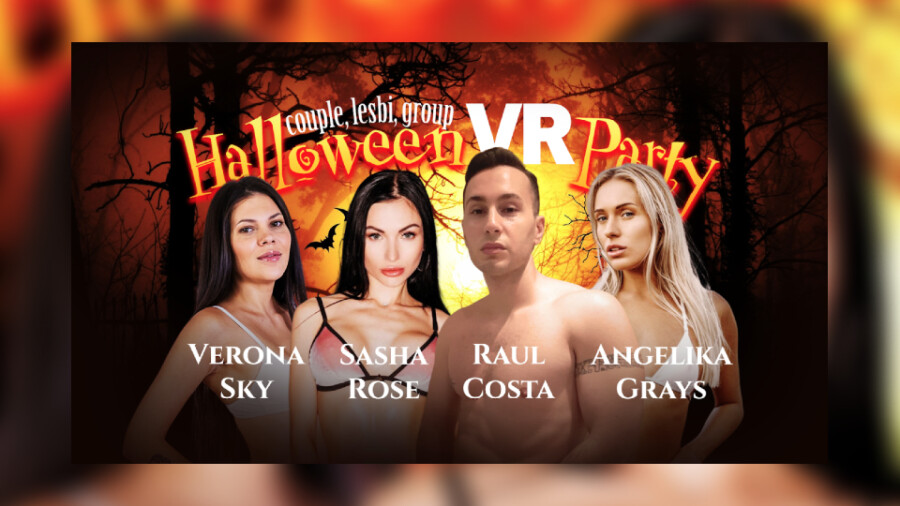 “This session will be held on three platforms,” enthused a rep, making the livestream “an unmissable treat for adult entertainment connoisseurs.”

An hourlong B/G show, followed by an hourlong female duo showcase, will culminate in a foursome during which viewers will have the opportunity to offer suggestions and direct the action.

“We are thrilled to have such amazing talent performing at our Halloween event,” DreamCam CEO Stan Gearson said. “With two separate one-hour performances climaxing in a full hour of group action, we are sure that, come Halloween, we will be giving viewers a night to remember.”

The rep described Sasha Rose as “a slim and super-wicked Russian beauty who has made a name for herself through her hardcore scenes for such big name studios as New Sensations, Evil Angel, 21 Sextury, Devil’s Film and DDF,” while Angelika Grays is an XBIZ Europa Awards nominee and “the evening’s only blonde; her piercing blue eyes and fit body make her a stunning asset to the show.”

“Dark-haired Russian temptress Verona Sky started her career in 2016,” said the rep, and “notched up more than 60 sizzling scenes, working with such industry luminaries as Rocco Siffredi,” and has performed “a memorable girl-on-girl VR scene with Angelika.”

Finally, the rep noted, “Raul Costa will be bringing his hunky good looks and in-demand skills to the mix. His motto is, ‘Is sex dirty? Only if it’s done right,’ and this show will provide him with all the opportunities to [demonstrate] what he means by that.”