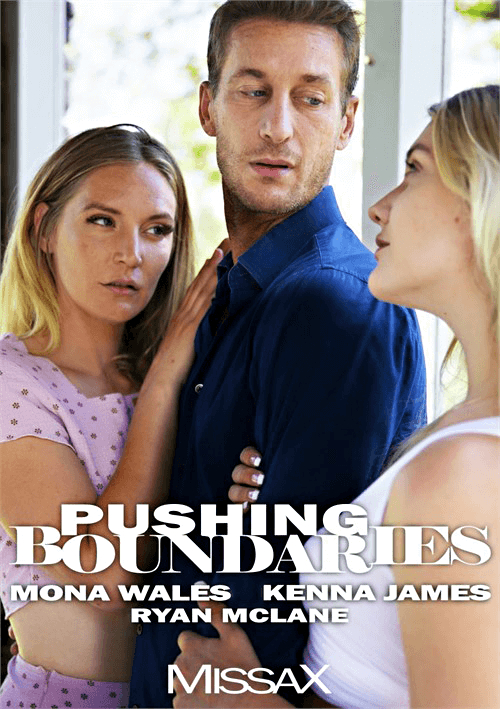 When Ryan’s former step-daughter Kenna comes to stay with him and his new wife Mona, he finds himself not only with an opportunity to rekindle the nurturing relationship they shared before his marriage to her mother ended, but also to foster a similar relationship between Mona and Kenna. However, the longer Kenna is around, the more Ryan is plagued by old feelings that nearly destroyed their relationship in the past. Can Ryan hold fast to his morality and resist Kenna’s magnetic pull? Is there more to Kenna that meets the eye? Can Mona find a way to hold her family together?

When Kenna arrives, the tension grows exponentially, with Mona clearly feeling threatened by the somewhat unorthodox nature of Ryan’s relationship with her. The audience is put on edge instantly because we can see how odd Kenna’s intimacy towards Ryan feels, especially considering she’s technically no longer his step-daughter. There’s clearly either a history between Ryan and Kenna or some underlying intrigue on his part that he’s working to keep in check. When Mona and Kenna take a day to go shopping and get to know each other better, Mona takes advantage of the situation to press Kenna on her true feelings for Ryan. This leads to a very intense, domme-like encounter between the two women with Mona coaxing an admission from Kenna about her true feelings for Ryan through some incredibly sensual sex. I mean this is amazing stuff right here. Kenna James practically melts into Mona’s arms and begs her for everything while Mona takes advantage of Kenna’s vulnerability and meekness. Watching Mona rub Kenna’s pussy while whispering her very own fantasies into existence as Kenna succumbs to her own hidden truth under Mona’s expert fingers is amazing to watch. Also, the visual of Kenna desperately burying her face in Mona’s ass is incredible.

With the truth revealed, Kenna strikes a bargain with Mona in return for the opportunity to finally have Ryan the way she’s wanted him since the forbidden kiss that drove him away years ago. This leads to the best sex in the film as Mona and Kenna tag-team a blindfolded Ryan who thinks he’s having kinky sex with Mona. The logistics of this scene are perfectly executed, and the fact that Kenna has to remain silent to keep the ruse intact adds a great element of excitement to the scene. Both ladies look great, and again, the creamy pseudo-finish is really impressive from a stamina standpoint. Mona Wales also has a fucking amazing ass and it’s on beautiful display here.

Having finally had a taste of Ryan, Kenna can’t help but go to him again, despite her promise to Mona. After revealing their pact and her true feelings to him, she summons her courage and seduces him mercilessly (my word, just marvel at Kenna James perched on the bathroom sink rubbing herself in front of him like a true slut), until he gives in to the lust he’s held in check for years. He fucks her savagely, unleashing his repressed sexual tension upon her like an animal in heat. Folks, this is a wonderful example of the story building the sex. Kenna is evolving sexually, Ryan is crumbling morally, and Mona is completely oblivious.

This is how step-porn should be done. There are plenty of ways to tell these stories with depth and stakes that will resonate with viewers. The entire kink is the fact that these sexual relationships shouldn’t be happening because of the social connection these characters have. If that isn’t going to be a major focus of the sex, the sex becomes much more simple and much less exciting. Ryan, Mona and Kenna all deserve credit for bringing their relationship to life and Missa X should be rewarded for crafting such a compelling script.