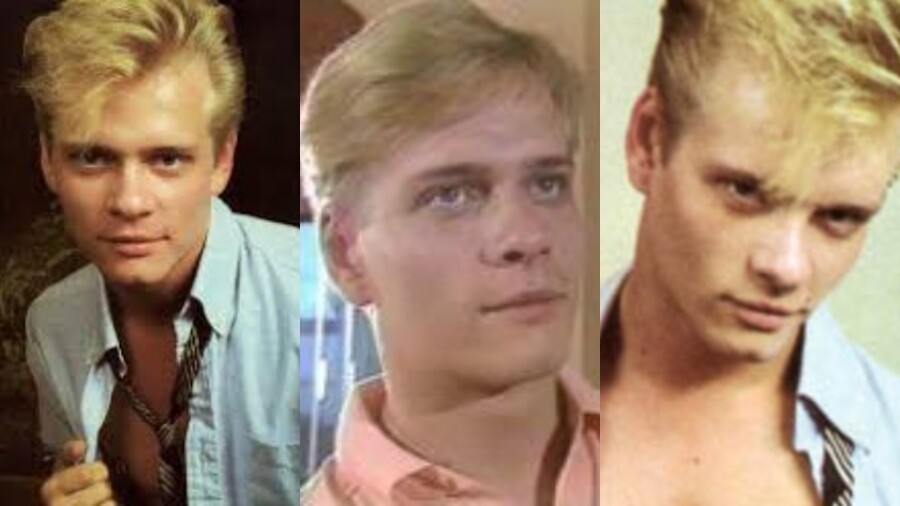 LOS ANGELES — The podcast “Christopher and Eric,” hosted by New York Times bestselling novelists Christopher Rice and Eric Shaw Quinn, recently revisited the cold case involving Billy London, a popular gay adult performer whose 1990 murder remains unsolved. The hosts have uncovered a potential bombshell of a lead and spoke exclusively to XBIZ to encourage industry members who may have additional information to reach out.

In the course of his research, Rice spoke to this reporter, who first wrote about the case more than a decade ago.

Billy London, born William Arnold Newton, also worked as “Bill E. London.” (This story does not involve another male performer of recent vintage with the same name.) He was active for just a few short years in the late 1980s and appeared in titles for All Worlds Video and Catalina Video, InHand and Le Salon, among several others. Despite a slender videography, his blond, wholesome good looks and palpable charisma quickly rocketed London to stardom.

In late October 1990, shortly before Halloween, London completed what would be his final film and was last seen alive, according to available evidence, socializing in West Hollywood, California. On October 29, his head and feet were discovered in a dumpster; despite several attempts over the years to generate new tips or leads, the case has remained cold.

“A large part of the podcast Eric Shaw Quinn and I started, about a year ago, was breaking down and serving up true crime television series and documentaries for our listeners, the ‘Party People.’ We call it ‘Christopher & Eric’s True Crime TV Club.’ Often we’d find ourselves in the position of sniffing out a gay story that we thought had been sidelined or erased from the narratives we were seeing onscreen,” Rice told XBIZ.

“Did the TV producers not understand why those two men were probably alone together for all that time in a motel, or were they just playing dumb because they didn’t want to say? Eric has a particular gift for this, and he’s fearlessly opinionated, which really drives so many of our great episodes,” said Rice.

“At any rate, this got me looking around in my own community and wondering what murders were about to fall through the cracks and be forgotten,” Rice recalled. “Around this time, Eric and I also watched HBO’s ‘I’ll Be Gone in the Dark,’ a documentary about writer Michelle McNamara’s hunt for the Golden State Killer. It inspired us to go online as she did and start traveling down the rabbit holes of crimes we’d always been obsessed with.”

In episode No. 37 of “Christopher & Eric,” Quinn looked into a Santa Barbara kidnapping plot from the ’90s that vanished from the news cycle after its gay elements were made clear, and Rice reviewed what was publicly known about Billy Newton’s murder.

Rice described himself as “obsessed with Billy’s case.”

“His youth, his beauty, the gruesome severity of the crime, and how little was publicly known about it — I called it ‘the gay Black Dahlia.’ It’s also a murder many people in L.A., particularly Hollywood and West Hollywood, know about, but few of them know anything about Billy. He’s just the guy whose head and feet turned up in a dumpster.”

Rice started reaching out to people in the community, including this reporter, and soon discovered that Newton’s father, who had tried to keep the case alive for years, passed away in 2011

Rice described the revelation as “a dark moment that made me feel like Billy was running out of advocates.” He and Quinn established a tipline at williamnewtoninvestigation@gmail.com, which they began promoting on the Facebook page for “The Dinner Party Show.”

“It was through that address that we got a shocking and very believable personal account from an individual who might have been among the last people to have seen Billy alive and whose statements were never taken by the police,” said Rice. “His bombshell is included in episode No. 48, which we devoted to all the latest info we’ve been able to acquire about Billy’s gruesome murder.”

“Did anyone have the bandwidth for Billy?”

Rice turned to social media to get the word out and locate people — friends, colleagues, neighbors — who lived in the community in the late ’80s and early ’90s and may have crossed paths with London.

“When we first started investigating this, the knee-jerk reaction was, ‘Everyone from around that period died of AIDS. You’re not going to find anyone who remembers anything.’ Well, that just isn’t true. There are many survivors of that period, many with long memories. Eric, my co-host, is one of them,” Rice noted. “Also, it was a small community, an insular one. [But] the first time I read about the murder and noted the year the body was discovered, I thought, ‘Wow. There couldn’t have been a worse time to investigate a murder in the gay community.'”

“On the one hand, you have deep mistrust of the police in the gay community, justifiable mistrust that stems from a history of mistreatment, late-night bar raids, actions that outed people prematurely and ruined lives,” he said. “And then, on the other, you’ve got a police department that, despite their best efforts, just isn’t that familiar with the community, how it works, its anxieties and fears. Then you add in the trauma of the AIDS epidemic’s worst days, which was claiming lives right and left, causing displacement. You look at this brew and think, ‘Did anyone have the bandwidth for Billy? Or did he just get written-off as a sex worker who took too many risks in his personal life?'”

As Rice continued his investigation, he learned as much as he did, in the beginning, not from the Los Angeles Times, or even Newton’s hometown newspapers, but from adult entertainment industry publications.

“Much of Wikipedia’s entry on Billy cites adult industry articles,” said Rice. “If the industry can continue to claim Billy as one of their own and keep his memory alive, that would be incredibly valuable for his case. I’ve watched the stigma around sex work erode a little more with each passing year since I first started looking into this, and each layer of that erosion makes it easier to get more and more people to talk about Billy’s case.”

“By keeping Billy’s memory alive, the industry and media outlets like XBIZ can work to counteract that indifference and dismissal. Eric and I are writers. We can’t make any promises that we will solve the case. But if people stop talking about the case, if they forget Billy entirely, its chances of being solved start to disappear.”

Listen to episode No. 48 of “Christopher & Eric” here and follow Christopher Rice and Eric Shaw Quinn on Twitter for the latest updates.