NEW YORK — CockyBoys has released a Director’s Cut of the time-twisting romantic saga “All Saints: Chapter One,” the XBIZ winner for Gay Movie of the Year, alongside a new scene described as “the final chapter” of the long-running series starring Carter Dane and Blake Mitchell.

Titled “All Saints: Chapter Two,” the matchup between Dane and Mitchell is “a star pairing that is one of 2020’s best and should not be missed,” a rep enthused.

“In ‘Chapter Two,’ now playing, we step once more into the spiral of time, space and consciousness as the saga which began in ‘Answered Prayers’ swirls around one last time in the just-released finale of ‘All Saints,'” continued the rep. “At least one soul learns firsthand the truth that ‘the end is just the beginning.’ Watch this otherwordly finale that is like nothing you’ve seen before.”

CockyBoys owner and XBIZ-winning director Jake Jaxson reflected on the conclusion of his long-running saga.

“It’s a bittersweet ending,” he said. “This series that really took on a life of its own since we first debuted it years ago. The final chapter that we put out today is one of the projects I’m most proud of in every way. The entire cast shine like stars and take acting in this medium to an entirely new level. Blake Mitchell and Carter Dane end the series with the best possible performances a director could ask for. Today, I’m thankful for the talent I was able to tap into to complete this storied project I called ‘All Saints.'”

To mark Black Friday and Cyber Monday, CockyBoys is offering a 55% discount on all membership options.

In related news, Jaxson recently spoke exclusively to XBIZ about the creative challenges involved in filming during the pademic, among other topics. Click here for that story. 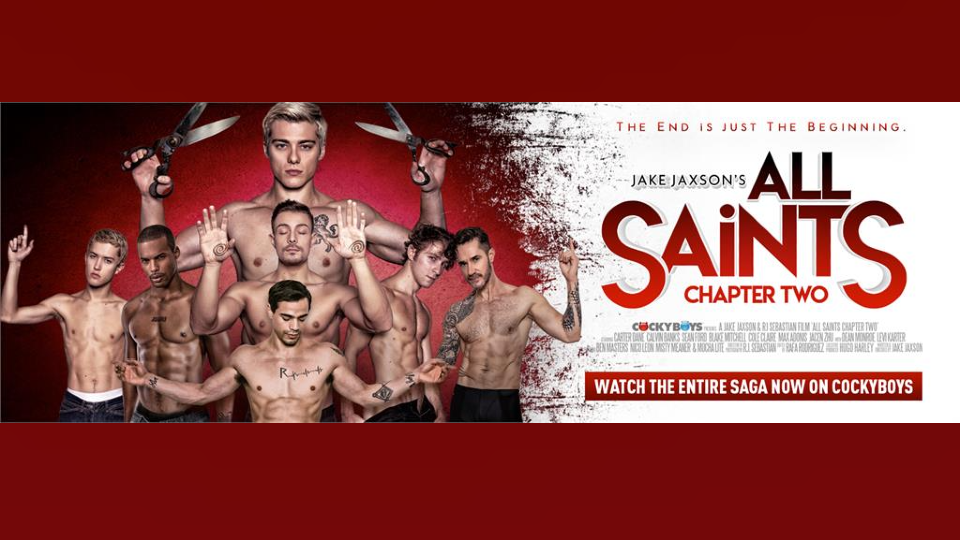