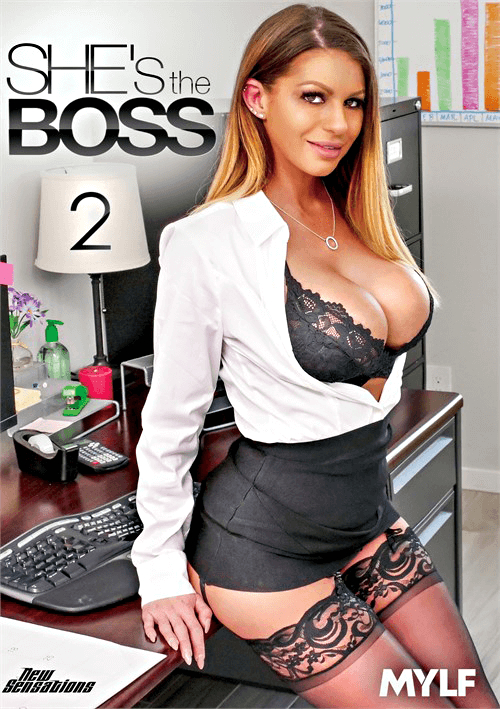 Not to be confused with the very ‘80s Mick Jagger solo album back in the day (or that sitcom with Tony Danza), “She’s the Boss 2” features a number of highly bone-worthy MILFs who most certainly get radically boned, indeed, in a quartet of scenes with just enough storyline to make things all the more arousing — high points especially going to short-haired Ryan Keely, petite blonde Nina Elle and curvy coquette Brooklyn Chase — all from the good pervs at MYLF.

And none other than Keely starts things off, playing a high-powered divorce attorney who shows her younger male paralegal how to “handle” older women in the field; Keely simply devouring the dude’s dick as if it were a foot-long at a Dodgers game (remember those?), and I’m talkin’ to the base/bone/balls!; while she proves a fine specimen in the doggie-banging department, with that marvelously big, floppy butt; though I similarly dug her squatting action during cowgirl, which includes more butt jiggling (Keely nearly breaking the desk upon which she and her protégé are crazily porking one another); and you get a good view of Rye’s large tits revolving during both reverse-cowgirl and missionary, before our young stud inevitably blasts dick-squirt all over Keely’s face and tits. Whew!