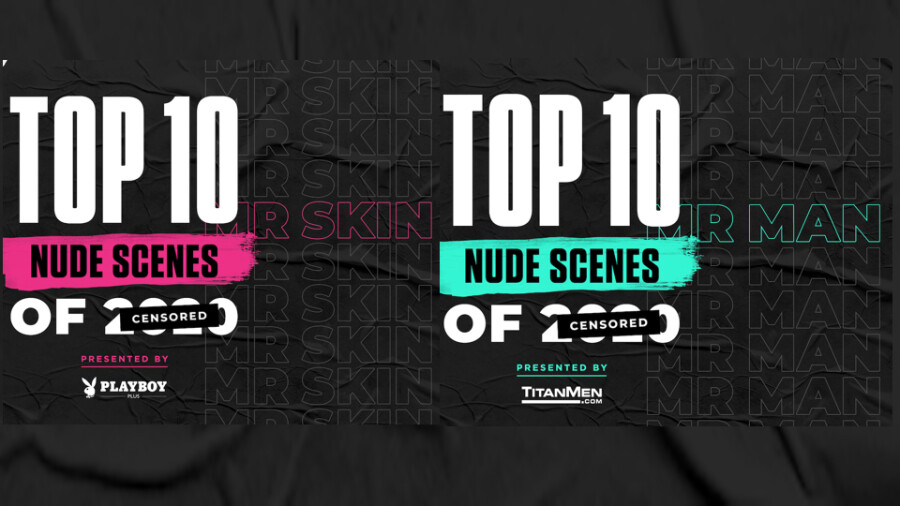 CHICAGO — MrSkin.com and MrMan.com have released their annual list of Top 10 “most exciting film & TV nude scenes of 2020.”

For Mr. Skin, Kate Winslet and Saoirse Ronan jointly sit at the number one spot for their lesbian love scene in the film “Ammonite.” In the number one position for Mr. Man, Paul Mescal is tops for his sex scenes in Hulu’s “Normal People.”

Mr. Skin selected breakout British actress Daisy Edgar-Jones for the second position also for “Normal People.” Beatrice Barichella nabbed the number three position for her sex scene in HBO’s “We Are Who We Are,” while Margot Robbie’s shower scene in “Dreamland” comes in at four.

Fifth-ranked Matilda De Angelis called her nudity in HBO’s “The Undoing” a “powerful way to express and persuade,” Jurnee Smollett-Bell made the grade at number six for “Lovecraft Country,” Ida Engvoll is at seven for her turn in Swedish series “Love & Anarchy” and Thomasin McKenzie is at eight for her nude debut in Australian outlaw film “True History of the Kelly Gang.”

Elle Fanning came in ninth for her bare-assed debut in “The Great,” and Alison Brie rounds out the Top 10 for her work in the Netflix film “Horse Girl.”

“We catalogued and ranked every new scene and fan favorite from 2020 in the Mr. Skin database, and chose the best nude cinematic moments for our Top 10 results,” said a Mr. Skin rep. “In this season of thanks, we are grateful for the bountiful delights we have received from these incredible talents this past year.”

Following Paul Mescal on the Mr. Man list, Nicholas Hoult gets in at two for “The Great” and Daniel Kaluuya is in Third for his bare assets in “Queen & Slim.”

In fourth place, Tom Mercier gives as good as he gets in “We Are Who We Are,” while Dan J. Johnson takes number five for “P-Valley.” Juan Carlos Maldonado shines in sixth in “The Prince” while Italian stallion Michele Morrone captures the number seven Spot for “365 Days.”

Paapa Essiedu and Samson Ajewole share the number eight position for their sex scene in “I May Destroy You,” while Andy Samberg gets bared-assed in “Palm Springs” for ninth. Matt Bomer gives his all in a shower scene in Netflix’s “The Boys in the Band” to round out the Mr. Man Top 10.

“We have to say that after watching — and watching again some more — that these are the ten best that 2020 has to offer in the fields of film and TV shows and series,” said a Mr. Man rep. “Come one, come all — it doesn’t get any better than this!”